ISIS violence against Yazidis in Iraq

Valeria Cetorelli writes about results of a new survey that estimates the extent of ISIS violence against Yazidis in Iraq.

During the summer of 2014, ISIS subjugated the Nineveh governorate in northern Iraq, home to most of Iraq’s minority groups. These minorities were systematically targeted by ISIS in a violent campaign to ‘purify’ the region of non-Islamic influences. The Yazidis living in the area of Mount Sinjar were singled out for a particularly brutal attack.

According to lists compiled by local authorities and human rights organisations, between 2,000 and 5,500 Yazidis were killed and more than 6,000 were kidnapped during the ISIS attack on Mount Sinjar in August 2014, but the United Nations has not yet been able to independently verify these figures.

Our study, published in PLOS Medicine, provides the first population-based estimates of the number and demographic profile of Yazidis killed and kidnapped by ISIS. We report findings from a retrospective household survey of displaced survivors sheltered in camps in the Kurdistan Region of Iraq. The fieldwork was carried out in November and December 2015, interviewing a random sample of 1,300 displaced households. Each survey included a number of questions about killings and kidnappings of household members.

Using these data, we estimated that ISIS committed severe and sustained acts of violence against 9,900 Yazidis (margin of error: 7,000 – 13,900), amounting to approximately 2.5 per cent of the entire Yazidi population of Sinjar at the time of the attack.

Of this total, an estimated 3,100 Yazidis were killed (margin of error: 2,100 – 4,400), with nearly half of them executed by gunshot, beheading or being burned alive, while the remaining victims died from lack of water and food or injuries during the ISIS siege on Mount Sinjar. We estimate that 6,800 Yazidis were kidnapped (margin of error: 4,200 – 10,800), with over one third still missing at the time of the survey. Reports from escapees documented torture, sex slavery and forced religious conversion after being kidnapped. 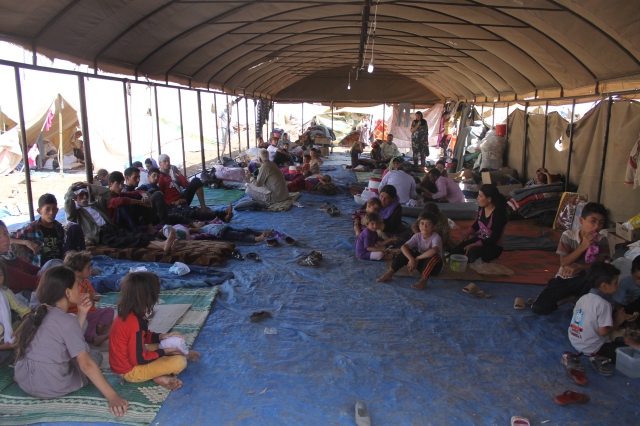 We also found that Yazidis were likely to be targeted irrespective of age and sex, but that children were disproportionately affected. Children accounted for nearly all those who died on Mount Sinjar during the ISIS siege, and were also much less likely to escape captivity following kidnapping compared to adults.

Because the attack was so indiscriminate, in many cases entire families were captured together if they didn’t escape in time. This means that our analysis may underestimate the actual number of killings and kidnappings. It is possible that no one managed to escape, so there are no survivors and zero possibility of being included in our survey.

Nevertheless, our survey documents the severity of the ISIS attack against the Yazidis and corroborates previous figures reported to the United Nations by local authorities and human rights organisations. Combined with other existing evidence, our findings can support a formal genocide investigation by an appointed judicial authority, and highlight the need for the international community to keep attention focused on the rescue, assistance and protection of the Yazidi community.

Mortality and Kidnapping Estimates for the Yazidi Population in the Area of Mount Sinjar, Iraq, in August 2014: A Retrospective Household Survey  by Dr Valeria Cetorelli, Dr Isaac Sasson, Dr Nazar Shabila, Dr Gilbert Burnham was published in PLOS Medicine in May 2017.

Dr Valeria Cetorelli gave an LSE Works lecture earlier this year on ‘Documenting Genocide: survey evidence on ISIS violence against Yazidis’, the podcast and video of which can be found here.

The Yazidis practice an ancient religion that contains elements of Zoroastrianism, Judaism, Christianity and Islam. The total population is estimated to be less than 1.5 million, residing mainly in Iraq, Syria, Turkey and Armenia.

← Working with spatial data to generate a consistent demographic time series
Inequality in adult life expectancy in low- and middle-income countries: The case of Indonesia →