The challenges in researching the demographic consequences of conflict: Reflections on the Sierra Leonean civil war, 1991-2002

February 2, 2015 · by demotrendsblog · in Data, Methods, Mortality · Leave a comment

This post is by Amie Kamanda, and discusses the importance of and challenges in investigating the demographic consequences of conflict. In particular, some of the problems in obtaining reliable data in times of conflict are discussed with reference to Amie’s work on the Civil War in Sierra Leone.

Importance of researching the demographic consequences of conflict

Researching the demographic consequences of conflict is important for posterity, and as a way of honouring the victims whose lives were cut short by the chaos or who have yet to recover from the experiences of war. It brings together evidence which can be used to campaign for peace and, at times, to hold perpetrators of crimes against humanity to account. Additionally, the demographic consequences have implications for the age-sex structure of a country, as well as development indicators used to measure a country’s progress towards the Millennium Development Goals (MDGs).

Nevertheless, undertaking such a piece of research is not straightforward. There are many challenges to assessing the demographic consequences of conflict, most of which were identified in ‘The demography of conflict’, a foundational edited collection in the area. In the remainder of this piece, I will elucidate the challenges pertaining to data, and reference will be made to how they have been overcome in my current research on the Sierra Leonean civil war (1991-2002). Some of the demographic consequences of the war include excess mortality, large-scale population displacement and unprecedented human rights violations. These demographic consequences will be discussed so that readers interested in undertaking such a piece of research can be signposted to accessible data. Before embarking on this task, it is worth noting that this piece is a reflection on my doctoral research which aims to (i) project the counterfactual population assuming that the conflict had not occurred and (ii) reconstruct mortality, fertility and migration trends from 1991 to 2005, to examine the components that contributed the most to population change during the conflict years. It follows the example of studies conducted on Cambodia and North Korea, which also attempted to reconstruct the population after humanitarian crises.

Challenges in researching the demographic consequences of conflict

To assess the consequences of conflict, data such as vital registration, a census or a survey is ideally needed. These data can be used to compute demographic rates. During conflict, data ceases to be collected, and so demographers of conflict typically must resort to nonstandard methods. In the case of Sierra Leone data was at best sketchy even before the onset of the war. Most of the demographic information can be obtained from the pre-war census conducted in 1985. Another census was due in 1995 but was never conducted due to the conflict. Demographic indicators in the post-war period can be obtained from the 2004 census.

To assess the population age-sex structure before and after war, a census is useful as this usually counts the whole population. A pre-war census can also be used as the base data for any population projection exercise, which can be benchmarked to results in the post-war period. The pre-war and post-war censuses of 1985 and 2004 have been a starting point in comparing and contrasting the population age-sex structure as well as demographic rates. The population of Sierra Leone increased from 3.5 million in 1985 to approximately 5 million by 2004 (Statistics Sierra Leone). The age structure remained relatively intact except the deficit in children age 0-4 and adolescents age 10-24 (Figure 1). The general sex ratio also declined from 98.7 to 94 males per 100 females during the intercensal period. This is the first indication that there was either considerable excess male mortality or migration in the intercensal period. Samples of census data can be accessed from the Minnesota Population Centre Integrated Public Use Microdata Series. 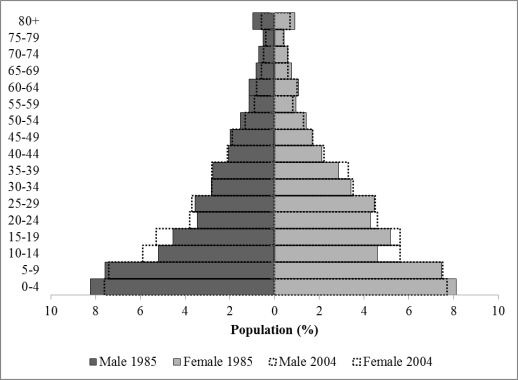 Figure 1: Comparison of reported age and sex structure, Sierra Leone 1985 and 2004. Source: Own elaboration based on Statistics Sierra Leone.

However, any attempt to reconstruct demographic trends during the conflict period is complex due to lack of data, especially in developing countries. Some of the gaps in knowledge can be filled by referring to survey data and mortality databases such as the Demographic and Health Survey (DHS), Multiple Indicator Cluster Surveys and the World Health Organisation life tables.

In recent years, mortality surveys have been conducted in conflict settings to examine excess mortality. However, they have a number of shortcomings such as the choice of baseline rates and ethics of conducting research in a conflict zone. Another option is to use mortality databases such as the World Health Organisation life tables or Uppsala Conflict Data Program Encyclopaedia (Figure 2). Mortality can also be assessed by drawing on the DHS births data or the Multiple Indicator Cluster Surveys. Such data do have limitations but in the context of no data, they can be drawn on to fill in the gap in knowledge. There was no mortality survey during the war in Sierra Leone. Therefore, an indirect estimation method has been applied to infant and under-five mortality rates obtained from the 2008 and 2013 Sierra Leone DHS to construct period life tables. Survivorship ratios are calculated from these life tables which are used in reconstructing the population. 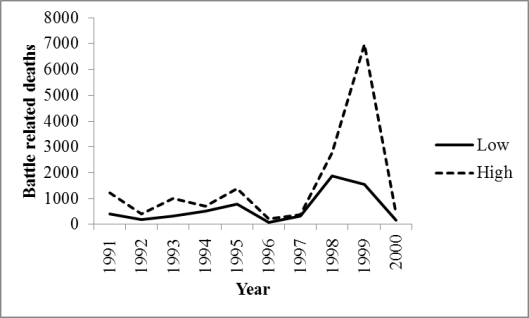 In peace time, migration is difficult to measure. This is even more the case during conflict when its role in population dynamics increases compared to peace time. The United Nations High Commissioner for Refugees (UNHCR) has been publishing data on refugees, internally displaced persons and returnees since 1994 in its Statistical Yearbooks. This study used UNHCR data to inform assumptions about migration during the war. According to figures published by the UNHCR, more than half of Sierra Leone’s pre-war population was forcibly displaced by the conflict (Figure 3). A limitation of the data is that it is not disaggregated by sex or age. Therefore assumptions are needed about the age-sex structure to apply to the data. For this reason, it is important to assess the age and sex composition of the pre-war population either from survey or census data when this type of information is available. 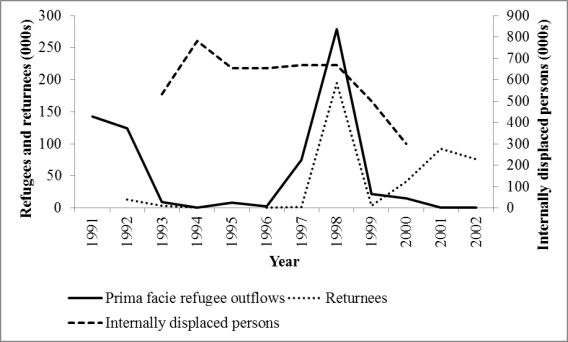 Fertility is one of the most important demographic components. Yet data on this component is difficult to obtain in countries affected by conflict. Evidence on the effect of conflict on fertility is inconclusive. In the short term, there is temporary decline in period fertility. However, in the long term, studies show that some of the highest fertility rates are in post-conflict countries. In developing countries, the DHS births data can be used to reconstruct fertility trends, which is the approach adopted in my research. A limitation of the data is truncation since only women between the ages of 15 to 49 are interviewed.

The total fertility rate in Sierra Leone remained above 6.0 births per woman in 1985 and 2004. To assess fertility trends during the civil war, age specific fertility rates are reconstructed from the 2008 Sierra Leone DHS individual woman’s data (Figure 4). This shows that the TFR remained high during the war, even after taking into consideration the truncation of data for women in the oldest age groups. These rates will be used to reconstruct the civil war population. 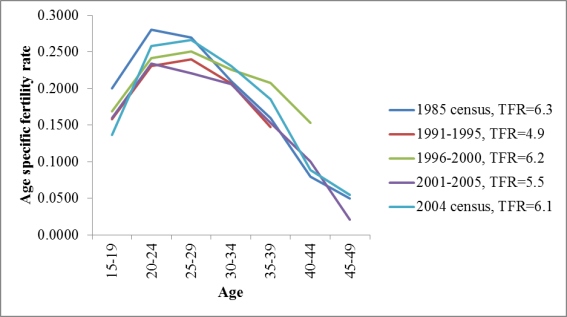 Table 1 gives an overview of sources of data and the type of demographic information that can be obtained from them. In most cases, to gain a holistic understanding, the researcher will need to draw on a number of these data.

Researching the demographic consequences of conflict is important. Needless to say it is often difficult to embark on such a piece of research due to data scarcity.  However, even after a brutal conflict as was the case in Sierra Leone, a number of datasets are now accessible to quantify some of the effects of these wars.

About the author: Amie Kamanda is a PhD candidate at the University of Southampton. Her research focuses on the demographic consequences of the war in Sierra Leone, 1991-2002.

← The Land of Babushka
Examining the Urban and the Rural →