Is it possible to accurately measure migration?

This is a guest post by Edward Morgan (BSc FRGS). Edward is a master’s student studying Population and Development at the London School of Economics. Edward is a Geography graduate of the University of St Andrews and a former public health consultant to the Met Office. For more information, visit his webpage.

Earlier this week, Britain’s premier right-wing tabloid, the Daily Mail, ran a story entitled ‘Disney World can keep better track of its visitors than Britain’. The story reported on a recent report by a group of British MP’s criticising the inaccuracy and bluntness of the UK’s migration statistics produced by the Office for National Statistics (ONS, the UK government’s statistical bureau). For some, the report was startling in its findings. For example, the International Passenger Survey (IPS), a voluntary survey for travellers entering and leaving the UK, generated samples that were estimated to be around 0.6% of total migrants. To many, this sample size is surprisingly small, especially if it is to be used as evidence for government policy. The British press were quick to point out the shortcomings of the ONS’s migration statistics, along with the usual expression of dismay on social media. So what’s the root cause of inaccurate statistics? Is this simply an example of a poorly designed survey? Or is it the case that measuring migration accurately is a challenge too great for even the finest statisticians?

The report from the Public Accounts Select Committee of the House of Commons summarised the current state of UK migration statistics as being ‘not accurate enough to measure the effect of migration on population’. This, by any account, is damning stuff. The key culprit being the, now tired, IPS which interviews too few migrants that leave the UK.  Indeed, the data that is squeezed out of these passengers is often too little and not necessarily reliable. This shouldn’t necessarily be read as a criticism of ONS methodology. The IPS was introduced at a time when migration in and out of the UK was much lower than it is today. However, the problem now is that the IPS is in need of a greater sample size to account for the greater levels of migration the UK experiences today.

It seems to me that those in the press and the world of social media, who were quick to condemn the integrity of British statistics, probably do not realise the scale of the challenge faced by those whose job it is to keep a tab on those travellers. Migration, a seemingly simple concept to understand, is in fact a hugely complicated demographic process. People migrate for different reasons, for different timescales, and to places that are geographically different. The process of migration can also change the identity, legal or social, of the individual and their destination (Boyle et al, 1998). Accounting for all the facets of migration in a single piece of research is a stretching task.

Migration researchers and policy makers are faced with regular headaches when trying to disseminate migration data. A common problem is whether or not international student migration has been accounted for in the statistics. Most of the time it has, even though students are normally regarded as temporary visitors and have a very different social and economic impact on a destination compared to families that have moved for work or to seek asylum. Moreover, there is an inherent challenge of properly accounting for ex-pats (British citizens) who have returned to the UK after years of living abroad and for immigrants who have adopted British citizenship before leaving Britain. This comes all before the guesswork that is associated with estimating illegal migrants. 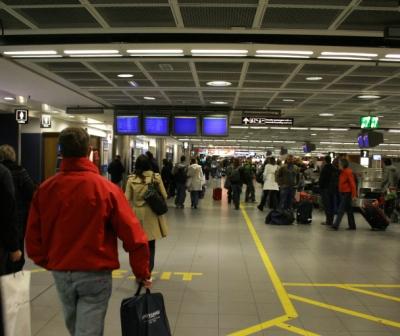 Measuring the complex process of migration is made even more challenging because the differing methodologies do not always produce the same results or capture enough information necessary to be able to form the big picture. For example, the British census is a decadal event, perhaps not timely enough for short term policy decisions. Moreover, the surveys administered by IPS interviewers do not often capture enough detail for a proper understanding of the migration process. For the data they do collect, some self-reported migration intentions fail to materialise. Other sources of data such as the Labour Force Survey, medical statistics and foreign censuses are useful but do not always correlate with the primary sources of data due to discrepancies in the data collection. This is made even more difficult as freedom of movement between EU countries has reduced the imperative to collect migration data.

The proposals by MP’s in this week’s report suggested the ONS should utilise e-Borders data collected by electronic passport machines at UK borders. Admittedly, I was surprised to read that this wasn’t already being utilised. Even so, while it would help build a more accurate picture of how many people pass through UK borders, this data would only be able to tell us so much. It would be unable to tell researchers where immigrants are going to settle, what their education level is, how healthy they are and how they might change the social fabric of their host community. All of which are facets of migration that are of concern to policy makers and public planners.

Is it possible to accurately measure migration with enough certainty and with enough detail to be relied on? Yes, but it’s likely to be challenging, expensive, not without its faults and will need the political willpower to oversee and take responsibility for any major methodological development. A future IPS with more questions is likely to test the patience of the most willing interviewee at an air or ferry port, and collecting a greater sample size is likely to generate spiralling costs. There are no easy answers to the question. The task for the ONS now is to not just address the challenge of measuring migration, but to work on communicating to the public the shortcomings of the current datasets both now and in the future, even if the reliability of the data improves. Many demographers accept that measuring population accurately is an almost impossible task. However, as this week’s report demonstrates, work is being done to improve its accuracy and reliability.