Keeping Kids in the Safety Net: Malaria in Older Children

Malaria is one of the toughest and deadliest diseases of all time. This potentially deadly, but preventable mosquito-borne parasitic disease caused an estimated 627,000 deaths worldwide in 2012, with approximately 77% occurring in children under the age of five. However, the actual number of  deaths due to malaria may be even higher; an interesting study by the Institute for Health Metrics and Evaluation shows nearly double the amount of malaria mortalities, especially in children aged 5-14 and adults. Researchers at this institute attribute the missed malaria mortalities to the assumption that it is mainly under-fives who are killed by malaria. Because a malaria vaccine has not (yet) been realized, insecticide treated nets remain one of the most cost-effective and efficacious interventions in our armamentarium against malaria infections. These nets reduce malaria transmission by up to 70-90%. In recent decades, children under the age of five and pregnant women have been the focal point of malaria control campaigns due to their vulnerability to contracting malaria. This is why they are often the main recipients of mosquito nets. But it remains unclear what impact this has had on children aged 5-14 who were not the focus of malaria prevention campaigns but remain vulnerable to contracting the disease.

There is surprisingly limited scientific literature to be found on this topic. To ascertain whether there is cause for concern, I conducted a three month study on net use amongst children aged 5-14 years with the assistance of the Kenya Red Cross Society. Four districts of Nyanza Province were purposively sampled to reflect bed net usage in the high intensity transmission areas surrounding Lake Victoria (in Kenya). 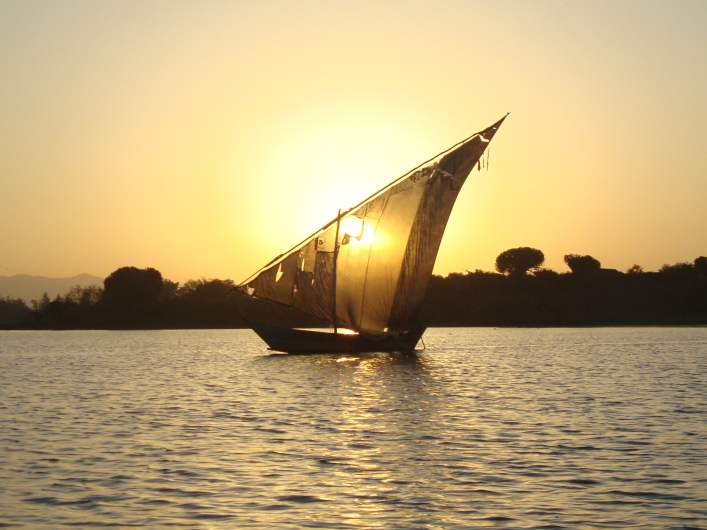 Sunrise on Lake Victoria. The shores of the largest lake in Africa host high malaria transmission areas where the prevalence among the residents remains high.

A qualitative study involving twelve focus group discussions was conducted (n = 138). This study explored how female caregivers – those closest involved with childcare within the household – interpret and prevent malaria in children aged 5-14 in comparison to children under the age of five. Focus groups allowed for an interactive and fruitful conversation to reveal the knowledge and perceptions of an often candid group of women. Amongst other topics, the prioritization of nets and how sleeping arrangements are related to the use of nets was discussed.

Focus group discussion under a tree in Kowidi

The focus group discussions made it clear that nets were prioritized for under-fives and children aged 5-14 were more likely to sleep under an old, damaged and untreated net (i.e. a net with no insecticide). The usual sleeping arrangements in these households also created a quality difference of the nets used by younger versus older children. Whereas small children usually sleep on a mattress in bed with the parents, older children typically sleep on reed mats that are placed on the common room or kitchen floor. Nets hung above mats deteriorate quicker because they come in contact with the sharp-edged mats and the wetness of the soil in homes with uncemented floors. Contact with the wet soil makes nets hung above mats are more prone to becoming soiled than those hung above beds, meaning they are washed more often. Washing nets decreases the level of insecticide present on the netting material as they are washed without proper insecticide re-treatment, significantly reducing the effectiveness of this preventive tool.

In addition, the daily task of re-tying the nets hung in the kitchen or common room can become monotonous, especially for children, resulting in the disuse or improper usage of nets. This is in contrast to the bedroom, where nets can usually be left hanging all day.

One of the most striking aspects emerging from the discussions was the opinion of several women that only children under the age of five and pregnant women should sleep under an insecticide treated net. Perhaps the messages from the informative health care workers had come across too literally?

Malaria campaigns promoting net use have been a great success in Kenya. The use of nets for under-fives in Kenya has risen from 3 percent to 47 percent between 2000 and 2010.  The 2010 Kenya Malaria Indicator Survey indicated net use amongst Kenyan children aged 5-14 years to be 28 percent, which is considerably lower than the percentage reported for under-fives. Unsurprisingly then, children aged 5 to 14 years are the population with the highest malaria prevalence rate in Kenya. A further concern is that an estimated 80 percent of all human-to-mosquito transmission occurs in persons older than five years of age, with peak transmission occurring in older children (aged 5-19 years). Although malaria is less detrimental for children aged 5-14 than for children under five, the fact that they have not developed immunity to parasites means they represent a threatening reservoir of asymptomatic infections.

This research is a small part of Marianne Eelens’ master thesis of her Global Health degree. She is currently a junior researcher at the Netherlands Interdisciplinary Demographic Institute (NIDI) and works for the UNFPA/NIDI Resource Flows project. For any questions or comments, contact her at eelens_marianne@hotmail.com or on Twitter: @MarianneCeci

← A hot topic and a futile quest? The recent discussion on age-period-cohort analysis
Changing patterns: Regional mortality differences and the East-West divide in Germany →