The origins of population statistics: a glimpse at the UK 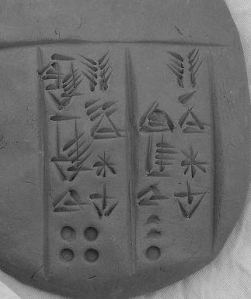 Not the Babylonian census

With the release of the Demotrends blog, I started wondering about the origins of my discipline.

What was the first population statistic? Which population did it enumerate? And who created it?

I wasn’t thinking about a simple headcount – the campfire estimate of an ancestor like Lucy (if indeed she could count?), but something a little more rigorous. I look forward to your suggestions and corrections, but my best guess for the first population statistic is the result of the first census, which took place in Babylon in 3800 B.C. Sadly, there are no surviving records of this, but we know it was ambitious – counting livestock, milk and honey, as well as people. Having witnessed debates about the 2011 UK Census, I think it might be a while before the milk and honey questions make their return.

There’s been a new round of censuses across the world in 2010 and 2011, but how different are these from their predecessors? For example, a very long list of questions was considered, but not included, for the UK census in 2011 (see White & McLaren). But when the first UK census took place in 1801, it’s hard to imagine Parliament debating the inclusion of questions on: email address, presence of smoke alarms, sexual identity, or the use of renewable energy resources. These were all considered in 2011, alongside pet ownership, which was the closest question I could find to livestock.

For those who aren’t familiar with the UK, it is composed of four countries: England, Wales, Scotland, and Northern Ireland. As such, the census histories are slightly different for each country, (although the first three were all included in 1801). My own experience relates to the England and Wales census, so I’ll focus on this example and try to highlight the main changes over time (which are covered in far more detail here, here, here and here). Of course, these changes dictate what we are able to know about historical populations and long-term trends, but they also prompt questions about the future. Perhaps, as discussed by David Coleman, we are witnessing the twilight of the census. In any case, the question remains what will happen beyond 2011.

While some credit for the introduction of UK censuses must go to Malthus, whose Essay on the Principle of Population was published in 1798, much of the hard lobbying was done by John Rickman. Rickman also helped to produce statistics on the first four censuses, which essentially focused on counting (households, families and people), with detailed questions restricted to just occupation, sex, and age (and the latter wasn’t asked until 1821). Using additional information gathered from the church (on births and deaths), Rickman set to work estimating the population, both current and historic. It seems a little crude to summarise his enormous contribution in a single round number, but as well as establishing that the population of Britain was around 11 million in 1801, he laid the foundations for research that continues to this day (for detailed discussion, see: Wrigley & Schofield, and Gonner).

After Rickman’s death in 1840, the 1841 Census was led by Thomas Lister, who in addition to being a romantic novelist, was also the new head of the General Register Office (GRO). Started in 1836, the GRO was (and still is) responsible for collecting statistics on every birth, death, and marriage in England and Wales. After setting up a civil registration system from scratch, Lister supervised the first British census to collect people’s names. Although this proved to be a significant advance (not least for modern family historians), the development was controversial enough that some enumerators had to receive police protection. 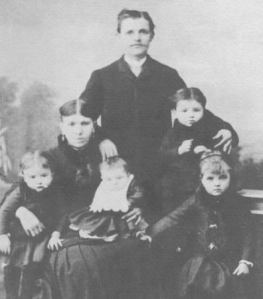 Having set the wheels in motion, Lister’s own death in 1842 led to George Graham being appointed as the head of GRO. Despite supervising three censuses, and a long period of stability, Graham may be more famous for managing his ‘Superintendent of Statistics’, William Farr (one of the founders of medical statistics). In any event, they both oversaw a period when the census took on its modern guise, with new questions in 1851 on: marital status, relationships, country of birth, education and employment. There was even a separate enquiry into religion.

By 1901, there had been four more censuses, two more heads of the GRO, and the population of England and Wales had risen to almost 33 million. But apart from introducing questions on language and number of rooms, the census itself hadn’t changed much since 1851. Respecting the political correctness of 1901, the term “idiot” was replaced with “feeble minded”, but the next major development was left for another ten years…

Presumably helped by the use of punched cards to code and sort the data, the 1911 Census was the first to include questions on marriage and fertility. Although these were dropped ten years later, the 1921 Census introduced questions that were designed to measure commuter flows, and the 1931 Census was the first to ask about usual residence, (rather than just household on census day). Both of these changes reflected an increased movement of people, and a need for public policy to consider services where people actually lived and worked.

Obviously the census reflects what’s going on in the world around, so there was no census in 1941, and post-war regeneration probably explains why the 1951 census was the first to ask about household amenities: water supply, toilets, cooking stoves, and the kitchen sink. Questions on fertility and marriage were also reintroduced, and in response to fears expressed in the media, Sir George North (the head of GRO), asked women to be more honest about their age, reassuring them that this would not become public knowledge. For people worried about confidentiality, relief is found in UK census legislation, which prevents public access to individual census records for 100 years. One impact of this is that each census coincides with the release of an enormous amount of data from the census 100 years ago. For anyone who has ancestors who lived in the UK in 1911, it’s now possible to view their census from the national archives (assuming they completed it!).

History shows that each successive census builds upon the next, and in 1961 a computer was used for the first time to process the census results. Although it took five and a half years to produce a full set of statistics, it did at least show the benefits of what we now take for granted. As for questions, 1961 was the first census to ask about migration and absent persons, which presumably improved the accuracy of the population count. In turn, the 1971 Census created new small-area statistics, and added questions on migration, car ownership, and date of birth (with the later allowing the creation of the extremely valuable Longitudinal Study). The largest innovation in 1981 was probably the coverage survey, designed to estimate the number of people missed by the census. Then for the next two censuses, innovation came in the form of questions that had never been asked before – long-term illness and ethnicity in 1991 – and then relationships to everyone in the household and provision of care in 2001.

And what about 2011? Perhaps this is best saved for another blog post. In fact, it seems a shame that I’ve tried to cram such a rich history into such a brief overview, but as the links will attest, there are much richer and more nuanced histories of this written elsewhere. Having never studied historical demography, I know there are many people with more knowledge about this topic, so please get in touch if you’re one of them. As with other demographic research, we’d love to have more posts about the origins of population statistics, even if you just send us some references or links.

← Demography and epidemiology: past and future directions
Next Post →